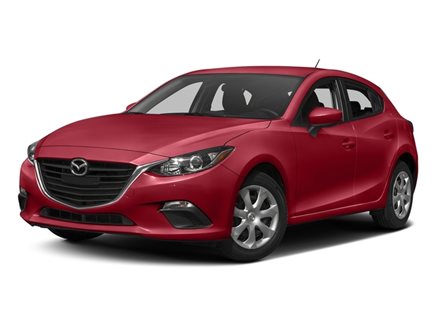 IRVINE, Calif. (March 21, 2011) – The 2011 Mazda3 was today recognized as a "Top Safety Pick" by the Insurance Institute for Highway Safety (IIHS). The Mazda3 received the organization’s highest possible crash safety rating of "Good" in all four tests conducted.

"Nearly half of all Mazdas sold in the United States are Mazda3s, so we are justifiably proud of the 2011 Mazda3 earning the distinction of the IIHS ‘Top Safety Pick,’" said Jim O’Sullivan, President and CEO, Mazda North American Operations (MNAO). "Both the sedan and hatchback models are recognized with this award, examples of Mazda’s dedication not only to producing engaging and fun-to-drive vehicles but those offering the utmost quality and safety."

Vehicles receive ratings based on results from the Institute’s evaluations on front, side and rear impact crash tests as well as a roof strength test (implemented in 2010), which measures occupant protection in the event of a rollover. Each vehicle’s overall evaluation is based on measurements of intrusion specific to each crash angle and the injury impact on crash test dummies positioned within the vehicles at the time of collision. Only vehicles equipped with Electronic Stability Control (ESC) are eligible for testing.

The 2011 Mazda3 recently was named a "Recommended" vehicle by a leading consumer publication and the sedan model praised as its "Most Fun Small Sedan" and a "Best Vehicle Under $20,000."

Starting at $15,800, the Mazda3 sedan is equipped with a powerful and fuel efficient 2.0-liter, four-cylinder engine that offers 148 horsepower with 135 lb.-ft. of torque and an estimated EPA fuel economy rating of 25 city/33 highway (MT) and 24 city/33 highway (AT). A larger 2.5-liter, four-cylinder engine boasting 167 horsepower and 168 lb.-ft. of torque also is available for the Mazda3 sedan but standard on the five-door model. The Mazda3 hatchback starts at $20,045 and is rated with an EPA fuel economy of 20 city/28 highway (MT) and 22 city/29 highway (AT). Topping the line is the MAZDASPEED3, available only as a five-door model and equipped with a direct-injected, turbocharged 2.3-liter engine producing 267-hp and 280 lb.-ft. of torque.