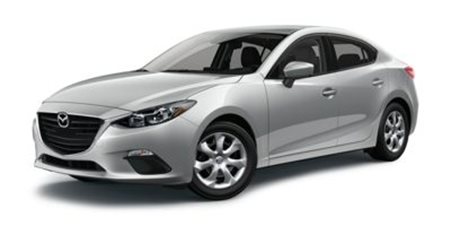 Every auto manufacturer is searching for the best way to go green and reduce fuel consumption in their vehicles. Some companies are embracing hybrid technology while others have opted to go electric with battery-powered cars.

Even as a ‘car person’, I find some of these approaches a bit confusing. I admit that I feel overwhelmed with all the information out there and I can only imagine how frustrating it must be to the average consumer.

As exciting as some of the changes are, I know that most of us just want to get into a car and drive it. When you’re looking for an investment that will service your needs – comfortable, functional, reliable and affordable – how your car does what it does is less important than the fact that it gets the job done.

Mazda is sticking to something more traditional. They have decided to introduce a new generation of affordable gasoline and diesel-powered vehicles. Believing that the best solution for now is to reduce carbon emissions, and oil dependency is one of the ideas behind SKYACTIV technology.

Globally, the Mazda3 is the number one selling car in the Mazda line-up, selling over 3 million copies since it first hit the market in 2004, with just under 400,000 of them being sold here in Canada. These numbers are high for a good reason; anyone who spent time behind the wheel of the 3 will know that it is a wonderful car to drive. The one thing that Mazda needed to be very careful about was making sure that they kept this car appealing and only make it better.

I am in Los Angeles to take the new 2012 Mazda3, equipped with SKYACTIV technology, for a test drive. Mazda has stressed that even though the changes under the hood will produce an almost 30% improvement in fuel consumption, nothing has really changed in the way the driver feels behind the wheel of this compact car.

Their have been a few small changes in the styling. At first glance, it’s not that noticeable, which is a good thing. In my opinion, the Mazda3 is still one of the best looking cars in this class. The exterior sees a few small upgrades like a new fascia and fog light design. The interior upgrades include new trim and tailored gauge displays (blue for SKYACTIV, red for Mazdaspeed3). A blind-spot monitoring system is a first in this segment, and is now available as an option on some trim levels.

The base model’s starting price has been lowered $600 from last year. That means you can get into the Mazda3 for $15,595, and it now comes with remote keyless entry and power door locks. The volume seller for the Mazda3 is the mid-level GS trim; it starts at just under $19,000 and comes with a few standard features such as heated seats, rain-sensing wipers and leather-wrapped shifter and steering wheel. This is also the only trim that will currently be available with 2.0L, 4-cylinder SKYACTIV engine.

Dave Coleman from R&D went into great detail about the SKYACTIV transmissions. A conventional automatic suffers from torque converter slip, slow shifting and rough downshifts. Mazda has decided to use both torque converter and clutch, depending on the situation, resulting in a car that gets 7% better fuel economy. In addition, shifts are very quiet and smooth.

The solution was to develop an engine that has a smaller combustion chamber with less surface area to minimize heat loss, incorporate an advanced direct injection system and make the intake valve timing controlled electronically so that the response time is faster.

The SKYACTIV transmission and engine drivetrain combo is great. If you walk into a Mazda dealership and take the 2012 GS with SKYACTV out for a test drive, most people won’t notice a difference in the way it drives. And that is exactly what Mazda was hoping for.

Mazda says that there is 5% more power and 10% more torque with this system. I did notice shorter shifts on the manual transmission, more like the MX-5. The latter has always been my favourite roadster to drive, so I am happy that they have carried over this sporty feeling into the Mazda3.

Overall, responsive handling, smooth shifts, a comfortable ride and a fun-to-drive character; this 3 still has every bit of the zoom-zoom you will need. The compact segment is a competitive one; the Honda Civic seems to have dropped the ball this year, but is still worth comparing. Keep in mind that the Civic LX is priced at close to $17,500. And with similar packaging and fuel mileage, I would suggest the Focus SE with the SFE package, which posts a highway fuel rating of 4.8 L/100km.

For those of you who just want to find a compact car that does what you need it to do without complication, the Mazda3 with SKYACTIV technology is a top pick of mine. No need to think about it, just fill it up with regular gasoline and go.