Galpin Mazda has again earned one of the highest honors a dealer can receive from Mazda North American Operations: The 2016 President’s Club Award. 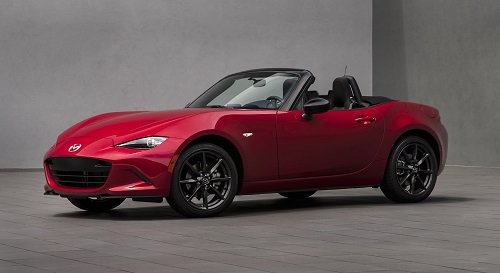 After 27 years of production, the Mazda MX-5 Miata has reached one million units, with the millionth vehicle being produced on April 22, 2016. The iconic convertible sports car has been produced in Hiroshima since April 1989.

The latest MX-5 Miata has been on sale for nearly a year, and has been winning dozens of awards around the world. Recently the Mazda MX-5 Miata was named the 2016 Performance Compact winner at the annual Texas Auto Roundup and Kelley Blue Book named the Miata one of the 10 Coolest Cars Under $25,000 and one of their Favorite New-for-2016 Cars. 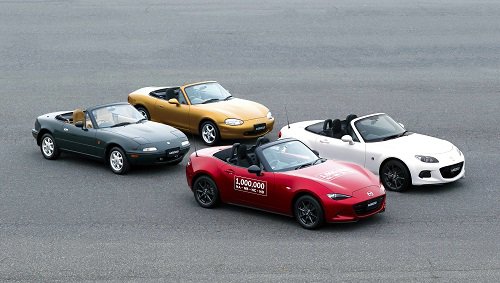 “The Mazda MX-5’s combination of exterior, interior finish, delightful performance and overall appeal equated to one of the highest scoring vehicles in any category,” said Nic Phillips, the president of the Texas Auto Writers Association.

Compared to its predecessor, the 2016 MX-5 is lighter, smaller, quicker, more nimble and more efficient thanks to the use of Mazda’s full suite of SkyActiv technology. The KODO – Soul of Motion design is also in full effect, with a clean design that is sporty, elegant and aggressive.

The Mazda MX-5 Miata is not the only vehicle to win awards this year either, as Mazda has earned over 100 industry accolades for its other vehicles. The Mazda3, Mazda6, MX-5, CX-3, CX-5 and all-new CX-9 have been praised by auto journalists around the world for their high quality and fun-to-drive nature that is core to the Mazda brand.

If you would like to learn more about the award-winning 2016 Mazda MX-5 Miata, visit us today at Galpin Mazda and view our online inventory for more information.