Mazda to fight back with high technology and more frugal engines

Mazda Stop/Start Technology Not Headed to the U.S. Just Yet 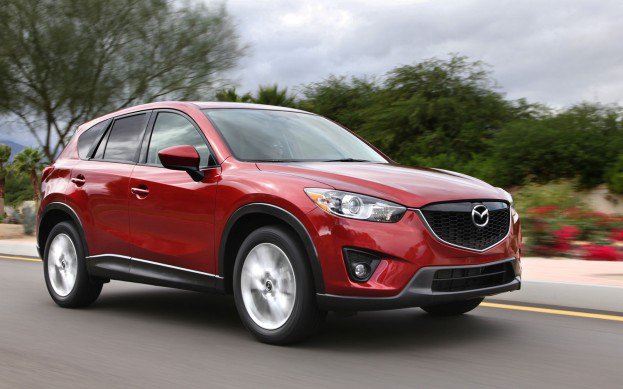 Mazda’s new Skyactiv technology goes well beyond the powertrain (new engines and transmissions) to include the body and suspension.

It is an all-encompassing philosophy that has one simple goal – make vehicles environmentally friendly and efficient without killing the joy of the drive. The first vehicle to incorporate all Skyactiv facets will be the CX-5 crossover, set for launch in the first quarter of 2012.

At the sneak peek here, Mazda had four Europeanspec models on hand for testing. Two featured the company’s new 2.0-litre gasoline engine mated to the new sixspeed manual and automatic transmissions. The other two featured Mazda’s all-new 2.2L turbocharged diesel, again, teamed with the same transmission choices. In all cases, the powertrain configurations were very well suited to the CX-5, offering an enviable blend of sporting performance and efficiency.

The new gasoline engine is a sweet number that produces 15 per cent more torque while consuming 15 per cent less fuel than the outgoing four-cylinder engine (in the Tribute). In the CX-5’s case, it generates 165 horsepower and 155 pound-feet of torque at 4,000 rpm (a derivative of this engine will debut in the Mazda3 this year). Key to the new engine’s efficient performance is the unusually high 14: 1 compression ratio (in North America, it will operate at 13: 1 so it can run on regular gas). On the test loop, the engine proved to be free revving, quiet and refined. It also performed equally well as a manual or automatic.

The surprise came with the 2.2L turbodiesel. It’s a wonderful motor that will serve Canada very nicely (bet on it arriving in 2013 in the CX-5 before spreading to other models). Unlike the gasoline engine, the diesel operates on an unusually low compression ratio – again, 14: 1. This allows the use of lighter internal components and a very high 5,200-rpm redline.

The fruits of Mazda’s labour show up the instant the diesel is cranked to life – the high-output version twists out 175 hp and 310 lb-ft of torque at just 2,000 rpm. The use of two turbochargers spreads the power over a broad range. The smaller turbo eliminates lag time while the large one services the top end of the rev range.

Between 2,000 rpm and 4,000 rpm, both are blowing hard to deliver a tremendous torque plateau. Get on the accelerator and the diesel’s hyper hop off the line is sustained through the mid-range and right through to the top end. As with the gas engine, the diesel is well suited to both transmissions, although I preferred the automatic as it seemed to accentuate the engine’s torquey nature.

Both of the CX-5’s engines feature i-stop, an idle stop system that shuts down the engine when the vehicle comes to a standstill.

There will be changes to the CX-5’s suspension and steering calibration before it gets here – required to accommodate the all-season rubber favoured on this side of the pond.